Go back
Roy van Rooijen
Hey, I’m Roy. I do product design at Pitch, the collaborative presentation platform for teams. I also co-founded Sketch Runner back in 2016, a command menu plugin to work faster with Sketch.
@RvRoo
rvroo.nl

Joining a meeting was the one feature very early on that convinced me Raycast is the replacement for Spotlight + Alfred. Combine that with upcoming events shown in the menu bar, and it’s a game changer.

Search Screenshots. In my day-to-day I extensively use screenshots and screen captures. Browsing them in a grid, plus finding the ones based on text inside them, is such a timesaver. 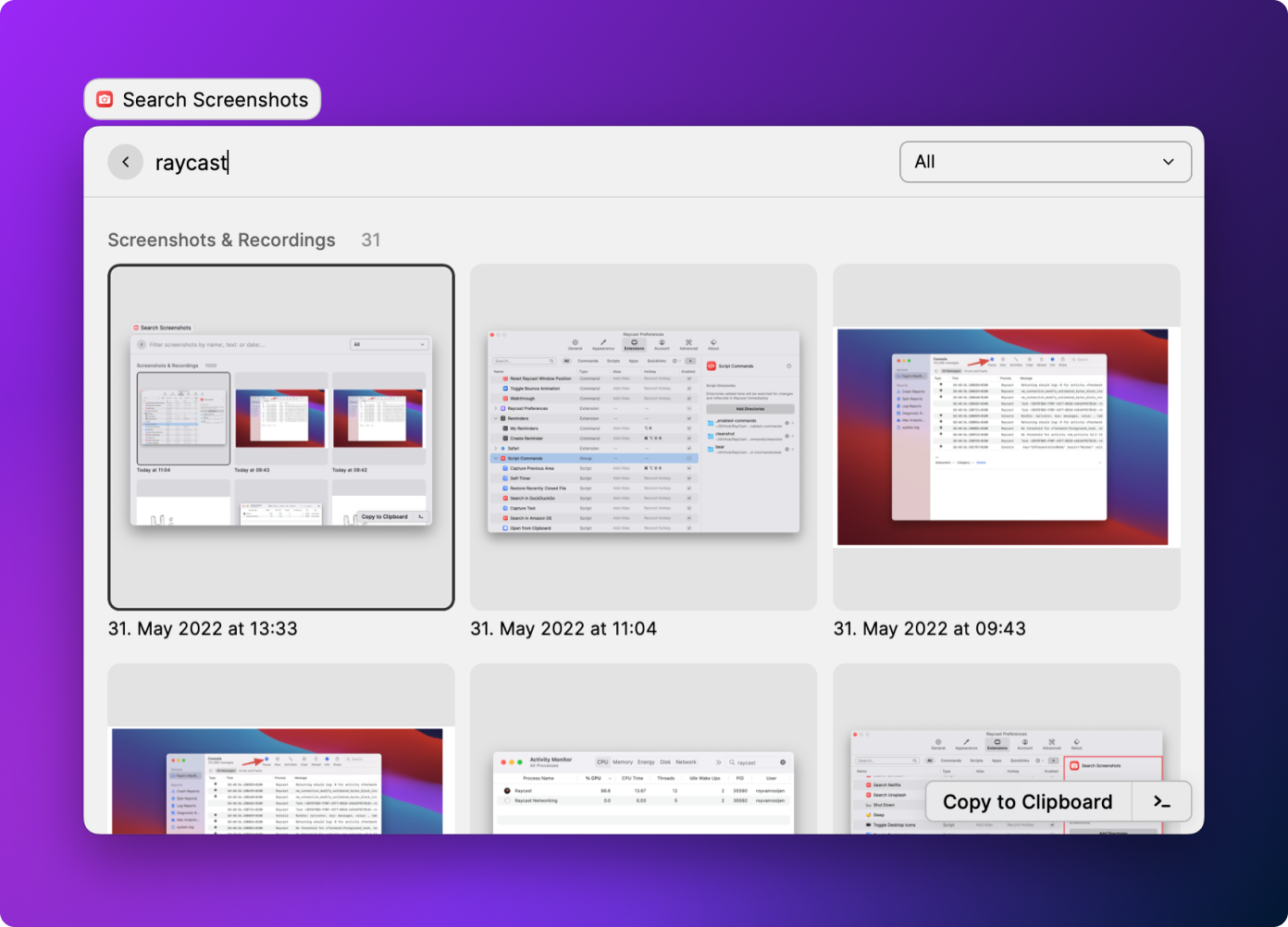 Triggering Homekit through Shortcuts.app. It’s just so convenient to change light scenes at home within seconds.

Create Reminders. I used a lot of different todo apps throughout the years and came back full circle to the default Apple Reminders app. Hitting a hotkey to then jot down some keywords as reminders works great for me.

Toggle System Appearance. I often switch to dark mode before the sun’s down, but also for testing purposes at work. So I happen to use this one a lot. 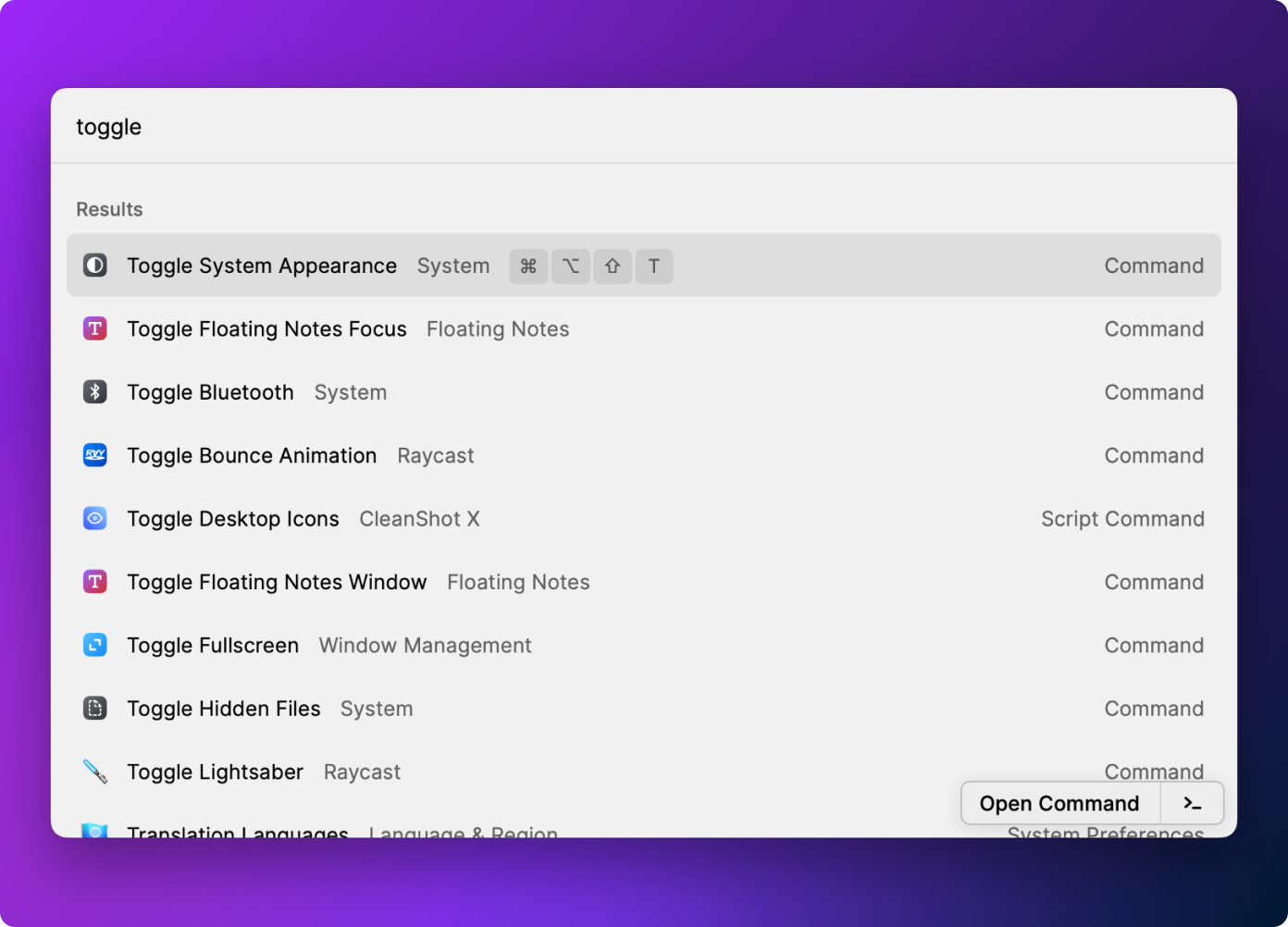 Clipboard History. I copy a lot of things and CMD+X is often my preferred way of deleting text. So for those moments where I need to recover an older piece, I’m happy that Raycast has got my back.

Window Management. Maximize, Almost Maximize, Left Half and Right Half are the ones that I bound hotkeys to.

Emoji Picker. The moment this launched, I replaced the default macOS shortcut for the Emoji Picker.

I also have a couple of basic Quicklinks set up for recurring meeting notes and projects in Notion (that open in the macOS app using Choosy). And lastly, some common Google Translate actions.

Top extensions from the Store

I’m the biggest user of CleanShot X. For the few types of actions I don’t have hotkeys for, I use Raycast: Self-Timer, Capture Text, Scrolling Capture, Capture Previous Area and Open from Clipboard. 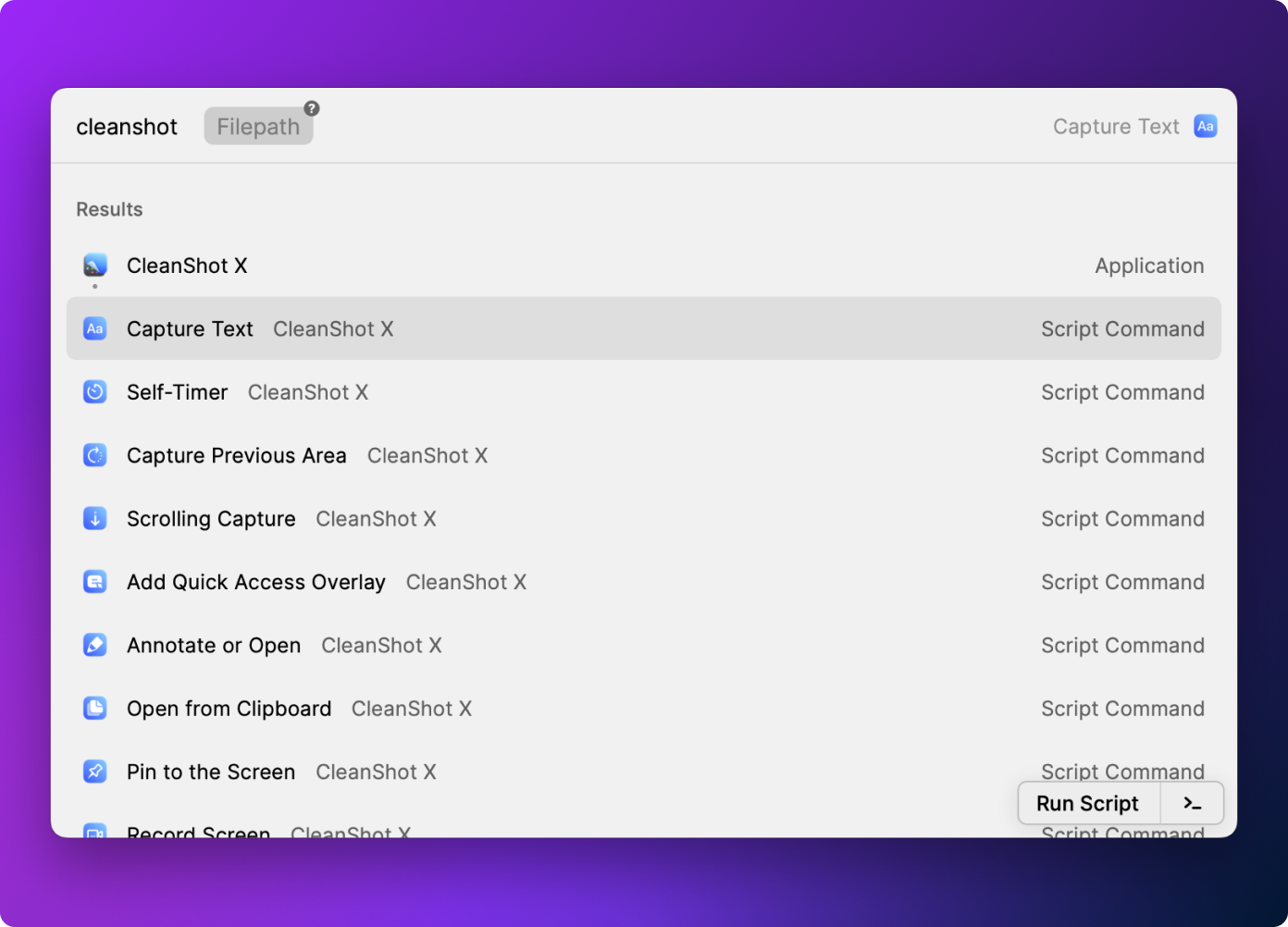 Aliases: I’ve set up hotkeys for all my frequently used Commands, and aliases for the few that I don’t need too frequently.

Hotkeys: My left hand is always hovering over the modifier keys. My hotkeys are often a combination of keys, mostly to prevent conflicts. Some of the complex looking ones are also due to some legacy setup and muscle memory.

The Raycast Slack community is very active but still easy to follow. And a team or community member always responds in a helpful way. Whenever I share suggestions or bugs they all get followed up on quite quickly.

Last but not least: Confetti! It’s a lot of fun! And always surprising to an audience when I trigger it while screen sharing.

Download the Raycast app and start taking your productivity to new heights.

Stay up to date

We’d love to stay connected with you. If the feeling’s mutual, follow @raycastapp on Twitter for the latest news and updates.

Lots of the best and brightest ideas come from you. Join our Slack Community to help create the future of Raycast.

Get a summary of what we’ve shipped during the last month, behind the scenes updates, and team picks.